Steve Lackey of Jam Chowder Wins “Most Fun to Photograph” 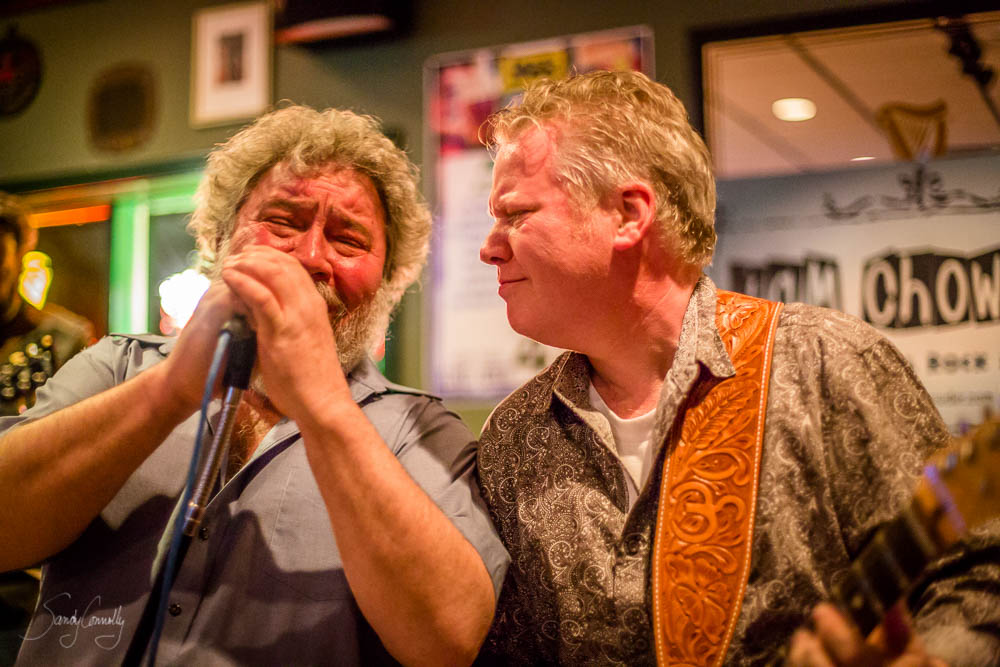 I had already been to the Guilford Spelling Bee and to see The Green Stamps in Westbrook, but more friends awaited at Leitrim Pub in Branford: Jam Chowder! Jam Chowder is: Rick Comes – lead vocals, Tom Knapp – harp, sax, flute, washboard, shakey things, Steve Lackey – guitar, Greg Baker – guitar, Jeff Meyer – bass, and Joe Pecoraro – drums. My girlfriends, Christie Baker, Donna Pecoraro, Theresa Donovan, and Mame Wells were also there to keep the dance floor moving, so how could I possibly stay away?

They were smoking by the time I arrived and kept the music lively and the place jamming until at least after 1:00 when I had to bail.

Steve Lackey wins “most fun to photograph” of the evening: 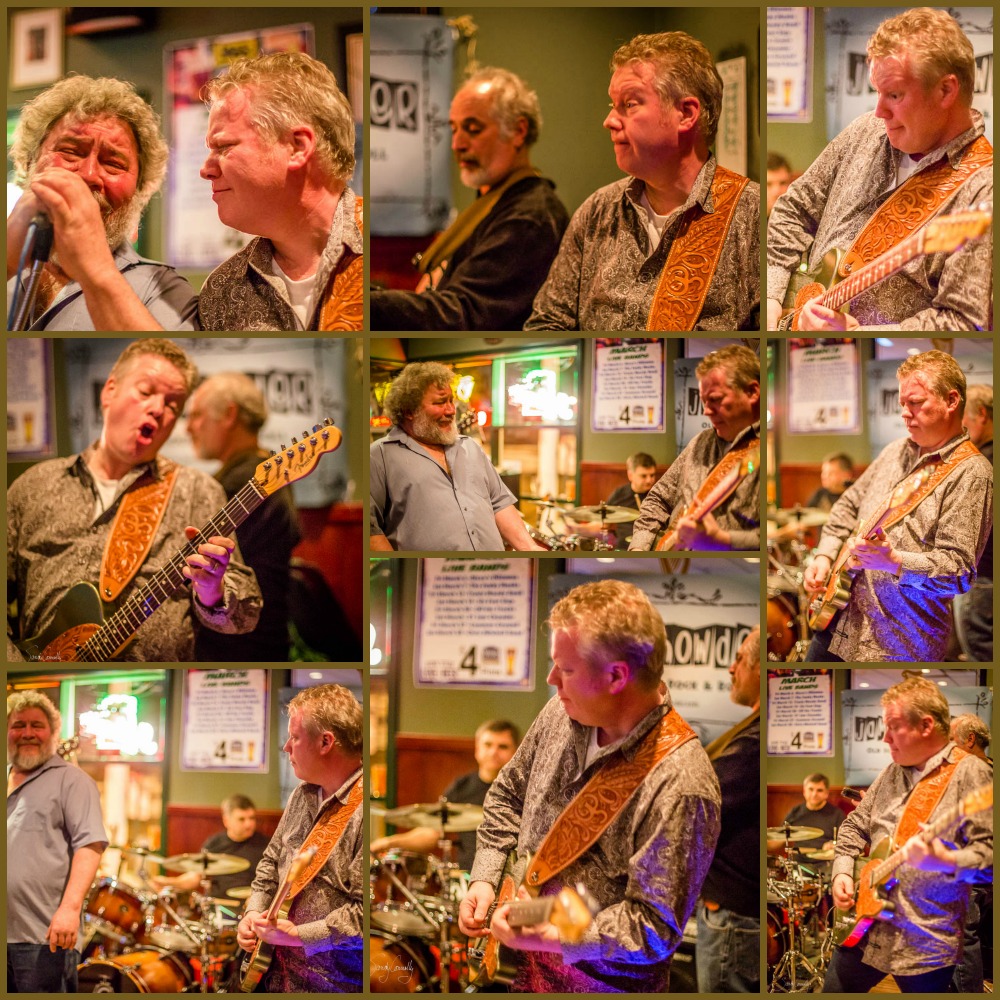 Steve Lackey wins “Most Fun to Photograph” of the evening

More shots of the band: 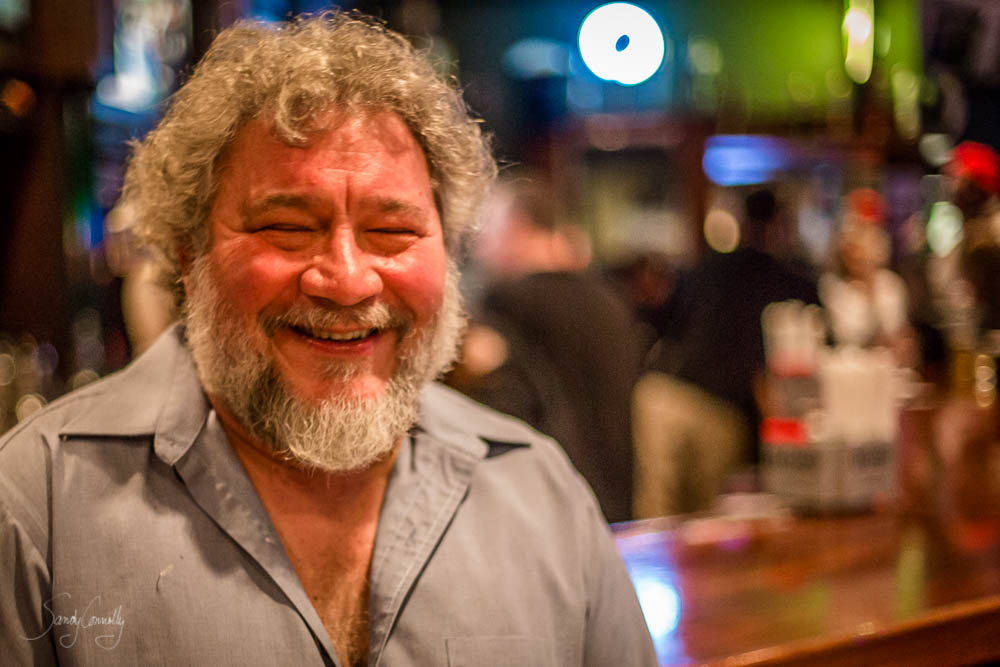 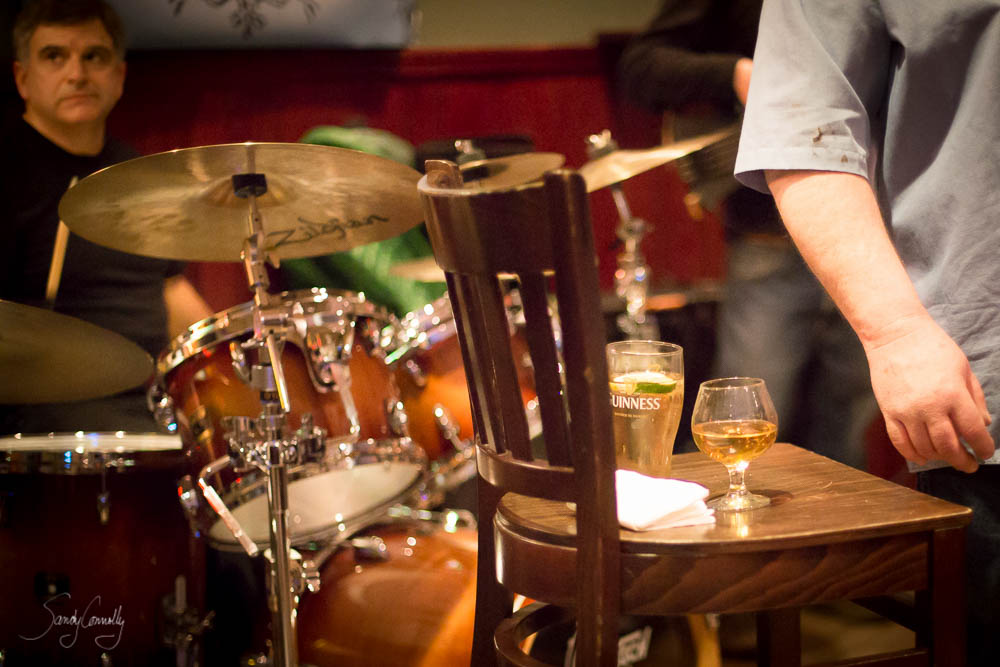 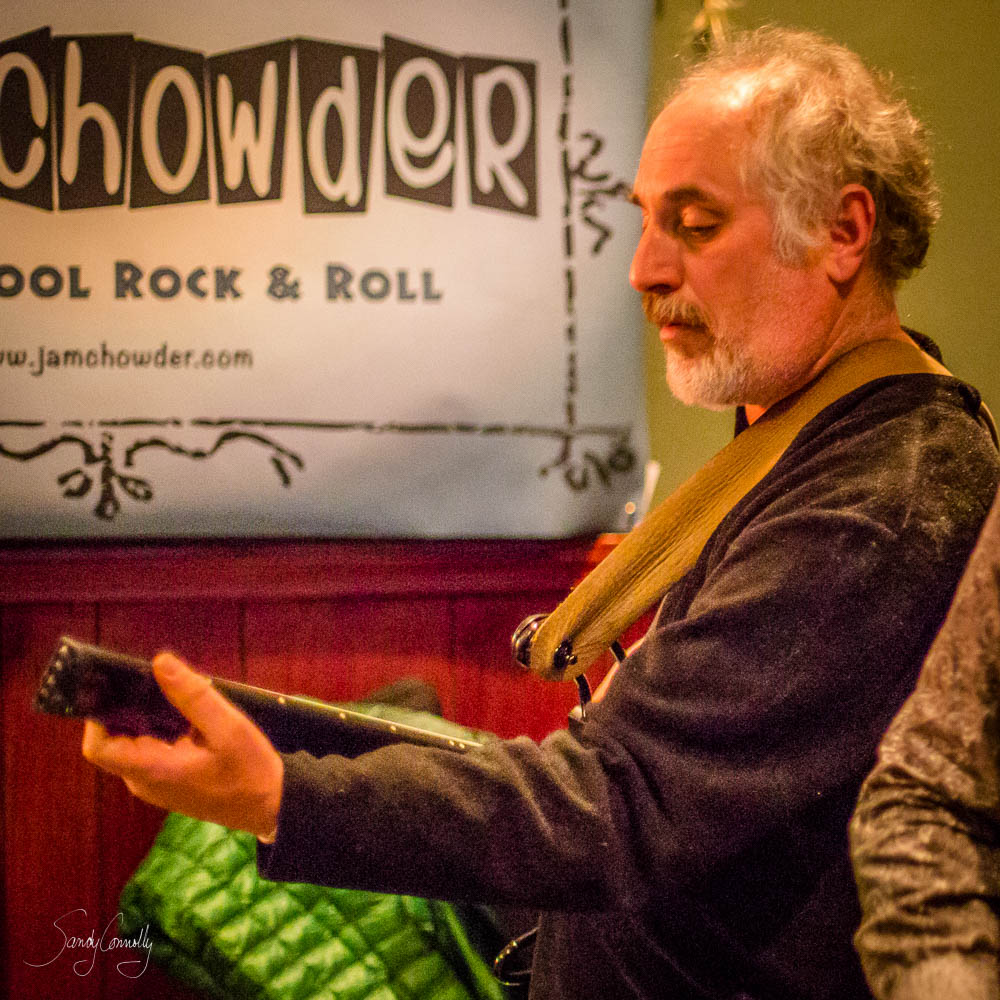 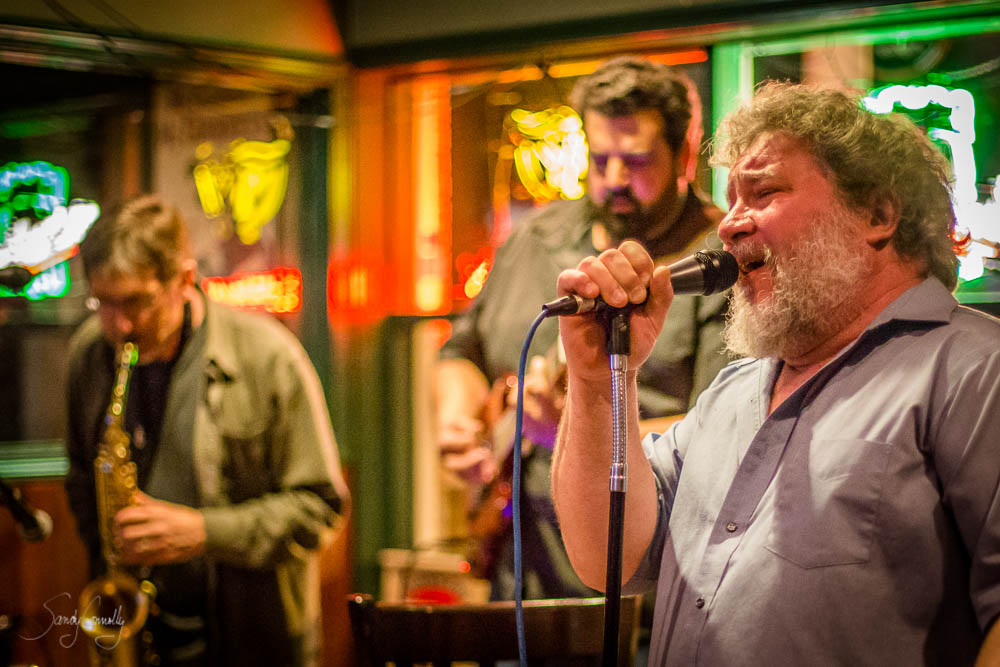 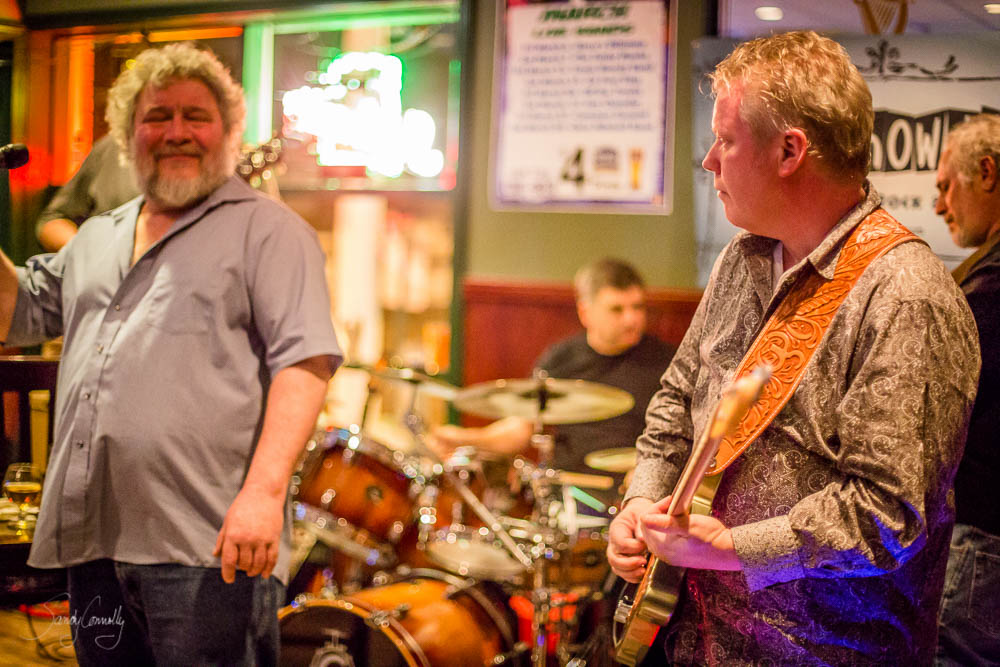 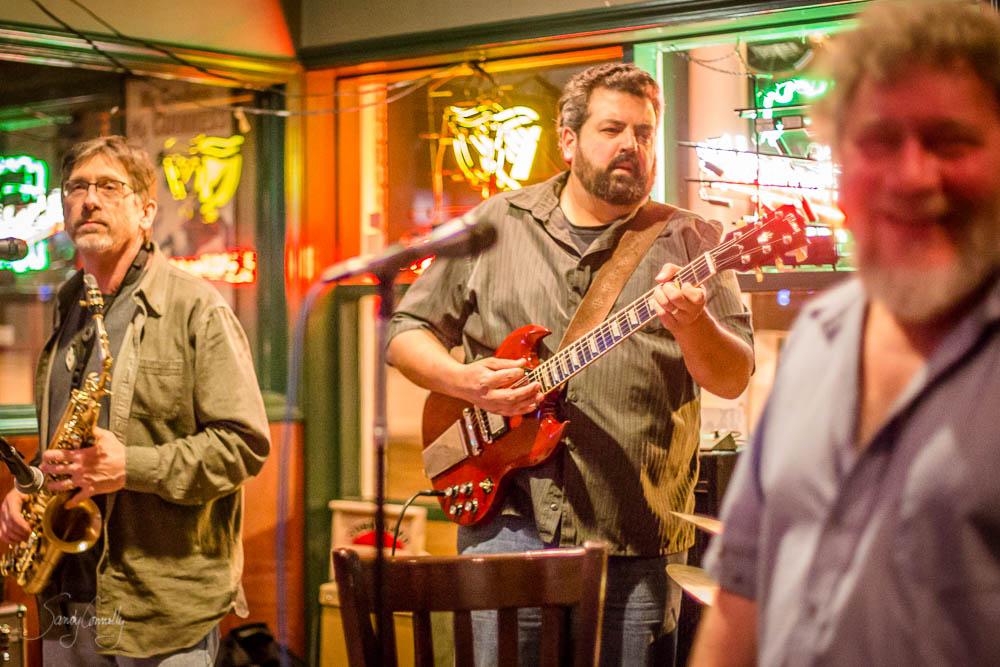 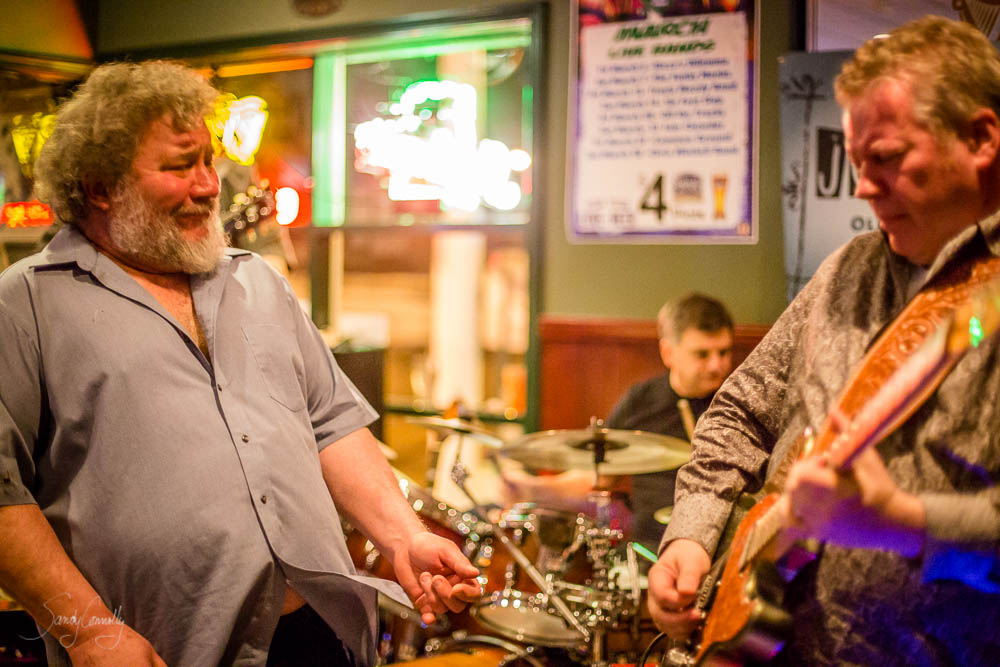 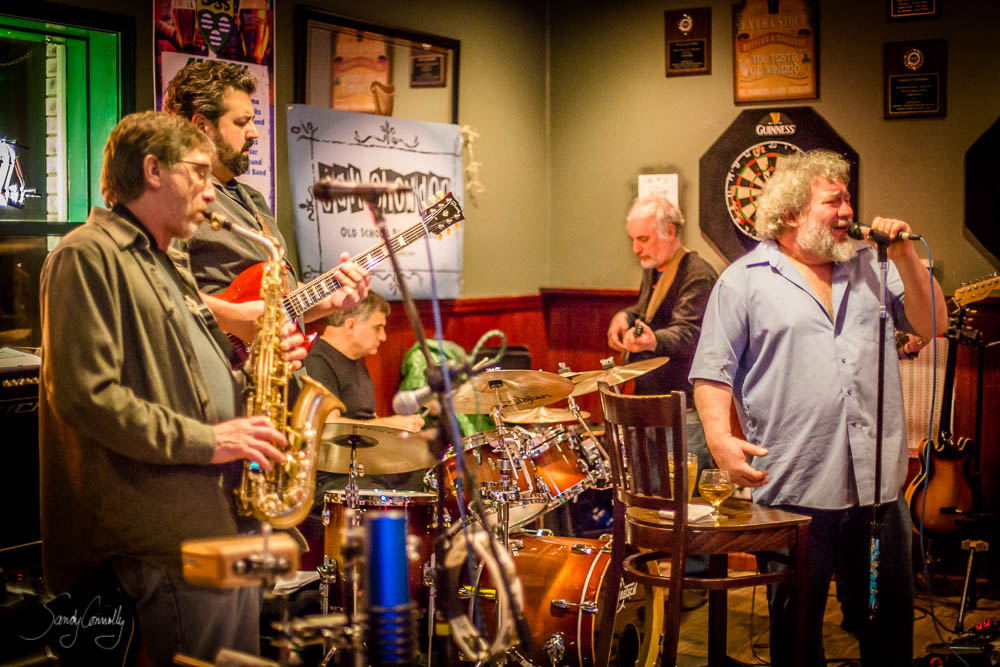 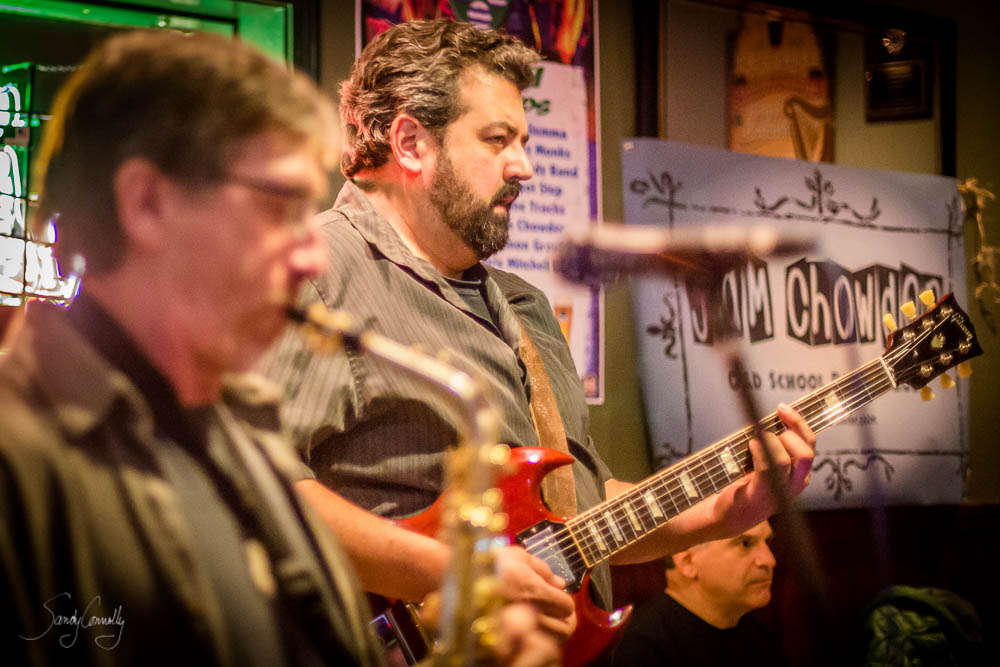 My gear shots were a little hasty due to trying to get as many as possible while I was on the band stand before they asked me to sing “Messin’ With the Kid.” They were asking, “How you gonna take pictures and sing at the same time!?” My friend John Jackson was also asked to sit in on bass at the same time. Thanks, guys!